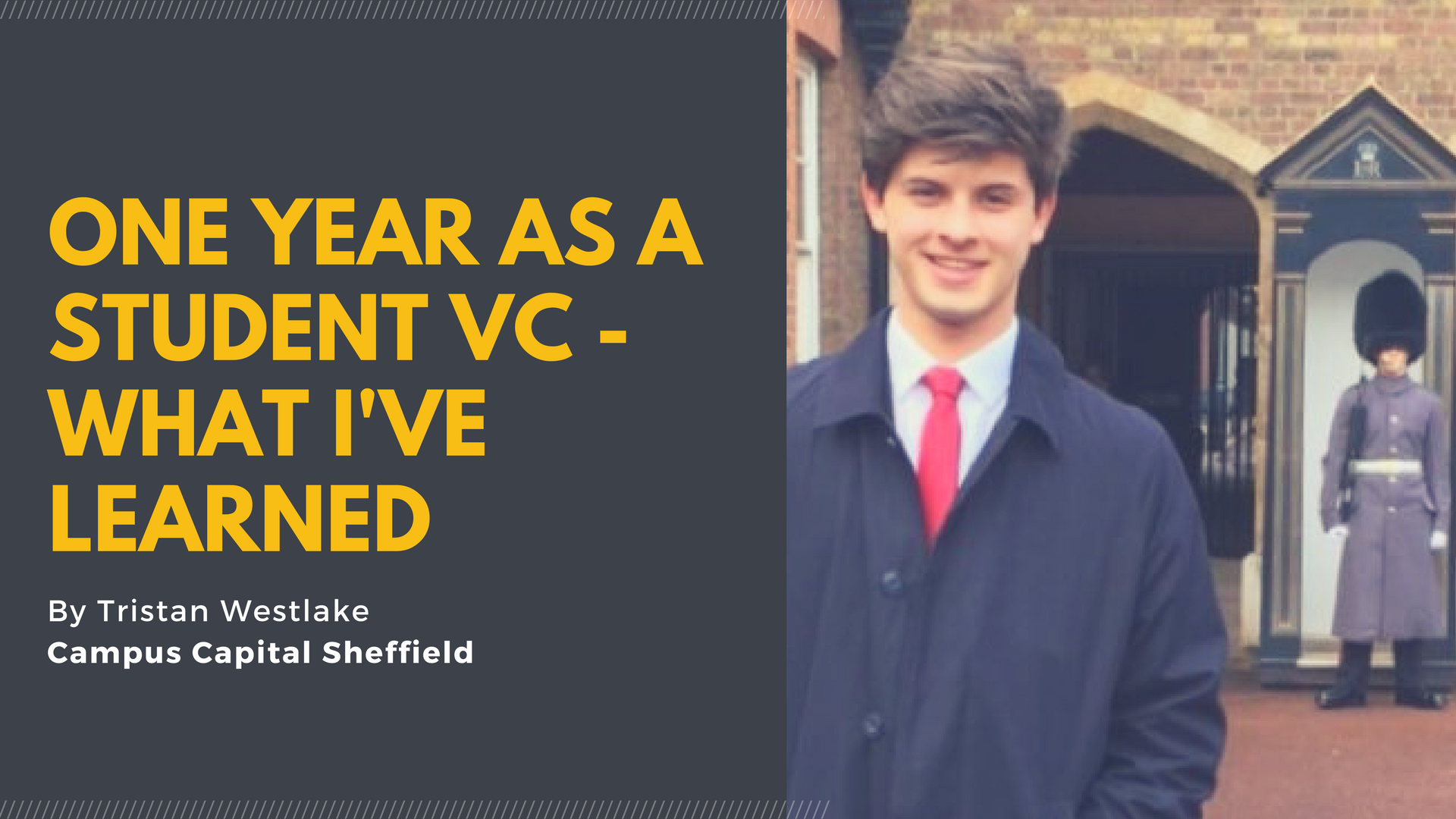 One Year As a Student VC: What I’ve Learned

It was just over a year ago that I and sixteen other students were sat in the Showroom Workstation being briefed by Laura Bennett on the start-up landscape in Sheffield at the start of our Campus Capital boot camp. At that time, my knowledge of investing was focussed mainly on the stock market, and I had begun to start investing into a few crowdfunding campaigns – venture capital was something completely new to me.

Learning about how VC funding and start-ups was simple enough – there are countless articles, websites, blogs and podcasts; and from these and the boot camp put on by Samantha and Michael, my understanding of start-ups and venture capital grew to a decent level. However, the real learning came from holding meetings with founders – the actual experience of being a VC.

By having students as the VCs, the investment process is a two-way street with benefits for both founder and VC – the founders raise some investment whilst the VCs get the experience of the process that as students they wouldn’t ordinarily get. This idea of learning by doing is known as experiential learning, the heart of Campus Capital, and something I have benefitted from ever since my first meeting with a founder.

My first meeting with a founder was pretty dire looking back at it. The pitch deck was confusing and the product on offer unclear, nevertheless another student VC and I were keen to get stuck in and so we arranged a meeting anyway. It got worse in the meeting. We let the founder rant on and on about the product, unable to get a word in edge ways to ask the important questions that any VC worth his or her salt would ask. I left the meeting bamboozled but ready to say the second-best words to a founder after yes, “no, because…”. Not letting a founder get carried away was one of the first lessons I learnt as a student VC.

A bit further down the line, we got a pitch deck from an exciting online business. I could see the gap in the market and the quality in the founder. It was the summer holidays and I was the only student VC in Sheffield able to take a meeting, prior to this I always had the safety net of another student VC. My first solo meeting as a VC was most definitely my worst but also the one I have learnt the most from.

The founder had been involved in start-ups for many years and knew how to run a bootstrapped business. As a result of this, the funding requested was a bit below the level where it makes sense for a fund like ours to invest, but I liked the business and so tried to ask the founder what would be possible for them to achieve with additional money. The answer was something along the lines of, “I don’t think we need any extra money to achieve our targets”. The frugal attitude that had served this start-up so well in the past was now hindering them, but in my inexperienced and polite manner I didn’t want to say the hard truth: dream bigger, be more ambitious and ask for more money. Instead of being candid, I opted to try and be constructive and offered what I believed to be good advice – maybe an angel investor is better suited for the amount of money you are asking for.

I left the meeting a bit disappointed but felt I had done the right thing. That was until I spoke to Michael a few weeks later. He had known the founder from before the foundation of Campus Capital, and they had a catch up not long after my first-time flying solo. It turned out that the founder had left the meeting equally disappointed as me and my suggestion of looking for an angel was interpreted as a “no” rather than advice. Although I tried to ask what could be achieved with a larger investment, I wasn’t forceful enough, and so we reached an incorrect conclusion that we were unwilling to invest – I’ll attribute this to me being under confident and over polite.

The feedback I got from Michael was just what I needed. As a VC you need to guide the conversation and sometimes you have to be blunt. If not, it is very possible that you and a founder can misinterpret where the meeting is going. This can be hard as a student, talking to somebody usually older and more experienced than yourself, but it’s necessary to do the job. In a recent webcast with Samantha and Rupert Wingate Saul of AXM Venture Capital, Rupert said that sometimes you need to ask the same question multiple times to get the right answer from a founder. This is a prime example of that.

Thankfully my style in meetings has improved, especially in meetings where I am the only VC present. The other things I have learnt as a student VC are integral to Campus Capital’s ethos; being founder friendly and giving constructive feedback when saying no. Whilst they might not seem to benefit ourselves as VCs, they actually do by ensuring that we retain a good reputation in the start-up community and help us clarify our own thinking when deciding how to proceed or not to proceed with an investment. Throughout all the meetings I have been a part of since I joined the team, these integral values have been a steadfast way to know you are doing the right thing.

So, what have I learnt as a student VC over the last year? Well firstly, I would like to continue to be a VC after I graduate, but if not, the experience of holding meetings, the ability extract and analyse information, and the confidence to be candid and speak plainly with people are skills that I can apply to any industry that I go into. The experiential learning I have gotten with Campus Capital has made this possible, it offers an opportunity to learn that no course or regular society can offer in an atmosphere which is supportive and full of good values. All in all, being a student VC has made me a better candidate going forward to the world of work in the not so distant future.