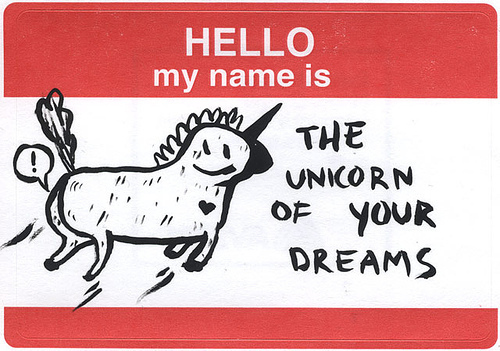 One of the most heartbreaking facts some of our students learn about venture capital when applying to our programme is the exact same thing that stops so many entrepreneurs raising much needed startup finance. It’s something that’s not often talked about in startup circles. But here it goes. Are you sitting down?

The purpose of venture capital funding is not to finance entrepreneurs’ dreams or change the world. In simplest terms, it exists to make money.

Yep, we’re crushing dreams over here. I don’t say this to be mean or to suggest that these ideas aren’t world changing. Many are. But this alone will not get them funding from a venture capitalist. That’s philanthropists. I’m also not calling founders out for not knowing this already. I’m not surprised that so many entrepreneurs have such a faulty (and rosy) view of venture capital prior to embarking on a raise (oh, how quickly that changes) when the biggest lens to view it through are Silicon Valley-centric stories of back-of-a-beer-mat startups raising millions. For example, this service which automatically shared your credit card transactions with a select group of friends and family so they could call you out on your questionable spending/ pizza and porn habits and raised $13m. RIP Blippy.

Founders have so much other stuff to keep their eye on and become experts in, like the running and growing of their company. It’s totally understandable they don’t all fully research venture capital before jumping into a raise, and it’s not always the case that the VCs those founders have pitched to will enlighten them either. But what’s funny/tragic about this, is it’s a problem VCs have largely created.  VCs need high deal flow so they made it sound as though everything is fundable…. just so they don’t have to worry they’ll miss out on something.

This is one of the reasons we set out to make our process so founder-friendly. We will tell founders exactly why we’re not investing, if that’s the case. And we will tell them if it’s because we don’t think they have a VC-backable company.

But if Blippy can raise VC, we can too, right? Well… look out the window. Unless you see the Golden Gate Bridge or an angel with incredibly deep pockets, it’s probably a NO! Early stage VC comes down to a few fundamentals – the people, the idea and the potential numbers (exits). Today I’m going to focus on the most boring of those topics (depending on your inclination). You guessed it! It’s the numbers. More specifically, the basic mathematics of a fund, a run-down on how VCs’ funds are modelled and how that affects their investment decisions.

Where do VCs get their funds?

Good question. Unlike angel investors, who invest their own money directly into companies, venture capitalists are investing other people’s money. You see, VC funds have investors too called Limited Partners (LPs). High Net Worth individuals, professional investors, and corporate investors place money into Venture Capital funds as part of their overall investment portfolio. They trust venture capitalists to make good decisions on the companies to invest into on their behalf, with the expectation that they will get a good return on that investment at the end of the fund. They do this for a number of reasons: they may not be experts in evaluating business models, or they simply may not want or have time to deal with searching for opportunities and evaluating hundreds of companies.

What kind of return are we talking here?

It varies, but let’s look at an example: Say its a small early stage fund of £2m with a sweet spot of £150k cheque size per company. This fund will have the capacity to do 9 deals per year. At the early stages of VC investing, it’s likely that it’s modelled on the following assumptions: 1/3 will do well, 1/3 will zombie along or maybe become ‘sustainable’ but with no exit in sight and 1/3 will completely fail. Since only 3 are likely to make it and you’re never sure which ones, every single company the VC backs must have the potential of returning the entirety of the fund. That’s £2m in this case. The bigger the fund and cheque sizes, the bigger the potential return will need to be. Generally. This gives the venture capitalist a better chance of returning enough capital to make her LPs happy,

So my success is paying for all the VC’s bad decisions?

Well unfortunately until mystic meg dusts off her crystal ball and launches a fund, there are always going to be VC-backed failures. Industries change, competitors emerge, regulation comes in and founders sometimes don’t move quickly enough. It’s a VC’s job to look ahead, judge the competitive landscape and build a diversified fund so that these failures are outweighed by the successes. So I suppose that’s one way of looking at it, but if this bothers you, VC / high growth is probably not the right path for you.

And what’s more, there’s a deadline. LPs will be expecting a return from a VC fund within 5-7 years, which means a company has to have the potential to reach this valuation and achieve an exit (usually an acquisition or IPO) within this time-frame. In other words, if a company can take VC, once it does, the clock is ticking.

What happens if VCs just invest into ineligible companies anyway?

Venture Capitalists have a fiduciary responsibility to invest the fund based on the thesis their LPs agreed to. If they don’t do this, and particularly if they lose all the LPs’ money, the General Partners (who make the investment decisions) could be personally sued and get jail time for mis-selling the fund, which is a regulated financial product. So if your company doesn’t fit into their model, do you think they’ll take the risk? Think of the parties!

So, are companies who don’t fit these criteria just pointless wastes of time and should these founders just give up and get a job?

No… the term ‘lifestyle business’ has developed a bit of a bitter taste in the startup world, with the focus on sexy hockey stick growth and world domination. But the fact is, a sustainable ‘lifestyle business’ can give you and your employees a really freaking good lifestyle. You can be turning over millions and be employing hundreds of people and not be a VC-backable company due to lack of scalability and possible exit scenarios. Equally, you can run a sole trader business and give yourself the lifestyle and freedom you always dreamed of. It’s not even necessarily about ambition or lack thereof. It’s about founders building the kinds of companies that they want to build. And identifying the funding sources appropriate for them to help them succeed.

Venture capital is a very useful product for a small handful of companies on a very specific path. To those companies with the potential and need to scale quickly, hire top talent and win a zero-sum game, having the capital and the expertise of a good VC firm can be the difference between achieving that potential or not. Now you know the mathematics behind VC funds, I hope it will help you think about whether VC is the right kind of funding for you. If it is, great! Pitch us! And let us help you launch your world changing business.